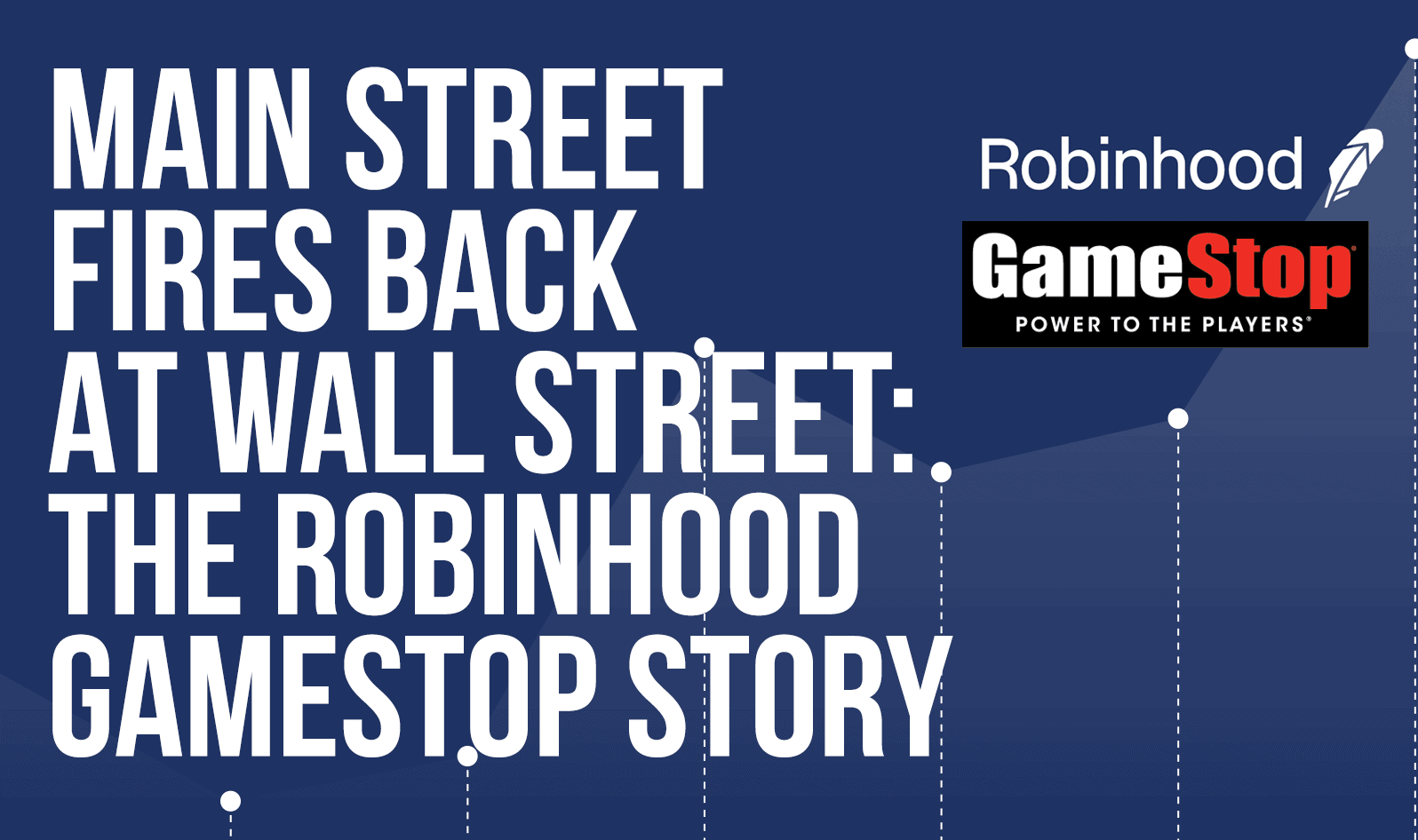 In decade-plus since the Great Recession ended, most Americans have recovered – at least economically – from the staggering foreclosure and job losses they experienced. But they haven’t forgotten.

If you don’t all those teenagers who played video games while Main Street burned weren’t paying attention, you’d be wrong. Whether they saw stories about the bank bailouts on the news or overheard their parent’s worried conversations in the kitchen, they took that information to heart.

Perhaps they don’t know the specifics — that the U.S. government bailed out 986 Wall Street financiers, banks and auto companies to the tune of $634 billion.[1] But they did – and do – understand that while the government was printing money to save corporate America, 3.8 million Americans lost their homes to foreclosure and 8.7 million lost their jobs.[2][3]

Those tech-savvy teenagers and young adults are grown up. And they’re ready to make Wall Street pay.

Hidden away on obscure Reddit message boards, these investors use the democratization of investing offered by apps like Robinhood to flex their muscles. Not only are they tired of Wall Street sticking it to the average Joe, they also don’t want hedge funds, venture capitalists and Wall Street in general dictating the retail landscape.

They like outlets like Gamestop (GME) just fine and never got the message that brick-and-mortar retail is doomed.

If you saw this story on your news feed or social media or heard about it on CNBC or Fox News, you may be wondering what the fuss is and how it might affect you. Well, you’ve come to the right place.

You’ve probably seen or heard of Gamestop. They are ubiquitous retailers in Malls, selling video games and video game equipment. Gamestop, like many in person retailing chains, has suffered during the pandemic as governments shut down businesses and shoppers pivoted to online ordering versus in person shopping.

As the brick-and-mortar retail environment turned bleak, short sellers on Wall Street targeted retailers such as Gamestop. Short sellers borrow shares of stock, betting that the price of the stock will fall. If it does, they buy back the stock at a lower price. A number of Wall Street speculators bought into this theory, hoping to reap large profits. When short-selling works, speculators can reap rewards far out of proportion to their initial investment.

However, in this case, the short sellers got burned. Badly. Why and how? A group of day traders banded together on Reddit, an online message board community, using stock trading apps such as Robinhood to buy shares of Gamestop. The result? Gamestop stock skyrocketed, trapping over-confident short sellers in what is known as a short squeeze.

In a short squeeze, traders who sell short must buy shares of the stocks they short back at whatever price they are trading on the market. Because the value of Gamestop shares soared unexpectedly, these short-sellers were forced to shell out tens of millions of dollars – or more – to buy back the shares they needed to cover their positions.

Call it the revenge of Main Street. Gamestop stock, fueled by coordinated trading of basement investors fueled on Monster drinks, soared by 20 times in just a few weeks in January alone. Here’s a brief timeline[4]:

While the story starts on Reddit, it doesn’t end there. As word spread across the day trading universe – yes, there is a day-trading universe – more and more individual traders took up the cause, as volume in Gamestop jumped. The push-and-pull between the short-sellers and the day traders continued into early this week, as the stock remained highly volatile.

The story of Gamestop, in and of itself, isn’t really the point here. Situations like Gamestop happen all the time – it’s like watching an accident where you know the outcome is going to be bad, but it’s too late to stop it.

What I would ask you to take away from the story of Gamestop is that markets are always moving up and down based on variety of short-term narratives. Today Gamestop, tomorrow…who knows what.

None of these short-term narratives changes what the stock market represents for you, me and millions of other long-term investors. That is an investment in the growth of the American economy – a belief in American capitalism.

What happens with stocks like Gamestop is immaterial to the greater story, which is that investing in America’s best companies facilitates wealth accumulation for millions of average, Main Street Americans. Whether it’s through a company-sponsored retirement plan like a 401(k) or an IRA rollover in retirement, stock investing is an important component of a diversified retirement income portfolio.

Do me a favor – ignore the noise. Stay focused on your long-term goals. If you need advice, we’re here to help. Book an appointment today.

[2] “Chart Book: The Legacy of the Great Recession, “ Center on Budget and Policy Priorities, June 6, 2019, https://www.cbpp.org/research/economy/chart-book-the-legacy-of-the-great-recession

[3] “Have Borrowers Recovered from Foreclosures during the Great Recession?” The Federal Reserve Bank of Chicago, 2016, https://www.chicagofed.org/publications/chicago-fed-letter/2016/370

Founder of LS Wealth Management LLC℠, Laura is also a founding member of  LS Tax LLC, a consulting and tax planning firm. Laura has become a well-known financial go-to resource for national media outlets. She’s been featured in and recognized by industry magazines such as the Register and the International Association of Registered Financial Consultants.

She has been a guest contributor for CNBC, FOX Business, US News and World Report, and The Wall Street Journal.

← Prev: Don’t Get Stuck With a Bad Annuity Next: Thinking of adding Silver or Gold? →

Prefer to meet virtually in the comfort of your home?